So, it is says anything about the gravity of this topic, this subject line has been sitting here since October of 2011.

Hello. My name is Bella. I’m polyamorous and I’m afraid to date.

Is there a support group for people like me? I have been polyamorous for almost 9 years now and for the past 4 years I have been afraid to date. I have been avoiding discussing why for a very long time, but like most things if I don’t just delve in and say it publicly, it will never get parsed out and thus never truly change. 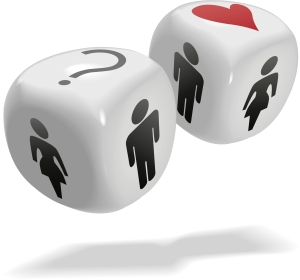 1. I am more self-conscious about sex than I used to be

Perhaps all of us go through a period of self-consciousness about sex.  Whether it be a few bad body image days (months) or negative feedback we got from a lover that makes us question our tried and true techniques, it can lead to us overthinking the sexual act itself.  But for me it goes a bit further than that.

Now, let me be clear that I enjoy sex.  Love it.  Always have and frankly always was very proud of my ability to respond to a partner with equal parts desire and enthusiasm.  But what’s been happening is that that level of confidence I’ve always felt about sex has been waning significantly.  When I think about it, it was really a series of experiences that sort of combined to create a lot of needless paranoia about my sexual abilities to the point of even quelling, nearly permanently, my own desire for sex.  A sort of perfect storm that left me feeling very…unskilled and thus unworthy.

Any sexual experience I had with anyone new after that point either involved me being very detached from the act itself, or so paranoid that I was lacking in some way that if never be able to satisfy them.  I was plagued with overthinking so much that I couldn’t really enjoy what I was doing.  So, I cut off dating anyone new, particularly men, until I felt more confident in my  abilities.    But as I fell out of practice (I still had two steady partners who apparently do enjoy sex with me) I then got even more shy about initiating the sexual act with anyone–male or female or trans.   And honestly, sometimes I feel like I am leaving everything to chance when I engage in sex even with someone I know really well…and worried that the odds are always not in my favor.

This one sort of goes hand in hand with the first, but somewhere in all of this, I lost access to the Slut within.  In part, I haven’t had a partner really recognize or encourage that in me for the past 4 years.  But also, I was growing up.  I had just passed 30 and was starting to question why the slut was there.  What need was she serving?  What part of me was she trying to heal?  What part in my partners was she trying to nurture   Yes, sluts can be nurturing and healing.  And I really needed to understand what a more mature slutty Bella might look like.  But then that exploration sort of stalled out. 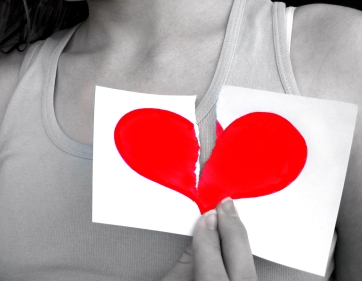 NOTE: I hesitate to even write this here because I’m not trying to blame anyone else, but rather describe how I internalized what happened and how that is impacting me even today.  But you know, it’s my truth, right?

Backtrack to 2004 where I met the first man I would ever treat as a concurrent husband with my legal hubby. We had a long-distance relationship, but it was definitely one of the most powerful experiences of Love I could have ever imagined.  He was my spiritual husband and partner.  Equal to my husband.

But by 2008 and 2009, our relationship was breaking apart.  Both of us were facing stresses in our own lives, but also the inclusion of new relationships locally for each of us was proving to be difficult to manage. As with any break-up we both said things that were hurtful and harsh.  We criticized each other and we couldn’t find a way out of this vicious cycle of communication–or lack thereof.

One of the criticisms, that seemed to hit very close to home, was that I was too controlling and demanding, never allowing him to have another partner.  And it wasn’t just him who told me this, but others who had known us together.  It resonated so strongly, with such powerful truth, that I felt I had no option but to withdraw from polyamory as a whole until I had resolved why I was such a controlling bitch.   The fact that there were some people who agreed with me that I “had no business being poly” only reinforced this interalized shame and guilt.

Even now with some time and distance and healing between him and I, it’s hard for me to talk to him or even about him without feeling this ashamed rage at myself for having been that controlling in his life.  The reality, which I do recognize, is that I was awfully insecure, always waiting for the other shoe to drop in our relationship.  I was always expecting to be replaced in his life…and sometimes actively pushing him in that direction.  I had felt for so long that anyone who bore the same labels as me (polyamorous, kinky, slut, spiritual, Mexican/Latina, educated, etc.) would be a sufficient if not superior replacement for me.  I didn’t believe in myself as a whole package, especially since it had been so easy all my life to be noticed only for one quality and for others to mistake that as the whole of who I am.  And what had been even harder was that I knew this partner saw the whole of me and yet I still expected him to want only a part of me.

I can’t say that I’ve cured this issue in my life.  But I felt like the only ethical thing to do would be to stop dating others so I could work on me.  But with something like this, particularly insecurity about my potential as a long-term partner, there’s no true benchmark for when you’re ready.  I’ve been limiting my risk and the risk of partners I will never even connect with, all because I didn’t want to expose them to this particularly hurtful part of my psyche until I was “ready”.  The real question is…will I ever be able to deem myself ready?

Okay, I don’t really have a whole lot of detail to share on this one, but there were some incidents that happened a few years ago that only were resolved a few months ago where I was exposed on a very deep and vulnerable level to someone who was never intended to be a partner.  It was hugely damaging and reinforced a lot of the same self-consciousness that I talked about in #1.  Just when I thought I was recovering it got worse.  It’s been hard to get my footing ever since, much less to contemplate inviting anyone into the mine-field that now fiercely guards my privacy especially with regard to my own expression of sexuality.

5.  Dissatisfaction with my communities

There has been a growing…disappointment…with the communities I’ve been involved with.  Whether it be the kink, leather or poly communities, I keep seeing the same patterns of plain desperation, over-abundant egos, unhealthy co-dependence or blind dismissal of the impact of privilege.  It makes it really hard to find a partner who doesn’t exhibit these qualities, much less someone I’m actually physically or sexually attracted to.  Some might say that my standards are higher than they once were, but I honestly think I’ve just grown weary of dealing with these issues in other people unless I’ve been specifically asked to heal those qualities.  For a partner, I want someone who reflects the best qualities of what I could hope to be.  And unfortunately there are just so few people who I see that potential with that I end up being quite choosy. 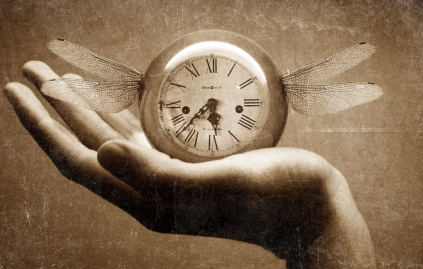 Many don’t recognize that I am running my own business in an industry where very, very few are able to sustain a business for longer than a few months.  It’s incredibly difficult to break even much less make a profit off of what I do.  So I invest a lot of my time into education and marketing that will honestly not yield any useful or direct results.  As a consequence I am constantly spinning my wheels and find it hard to focus my time on someone completely brand new without worrying the whole time about whether I sent that email or posted that article.  Being self-employed is a  like having a full time job without vacations, breaks, time-outs or an off switch.

As much as I value the freedom that my path has afforded me, that freedom doesn’t translate into time I’m able to spend in other areas.  And those other areas tend to be consumed by writing here, working on sex-positive events  (see Lokusdor Productions for an idea of the scale of events), my professional development and volunteer activities, family and personal and spiritual health.  By the time all is said and done, I don’t feel like I could do a new relationship any justice, even if it is a fuck-buddy or even a one-night stand…because it requires at least a minimum investment of time. Or rather, I feel I’m not capable of doing that relationship any justice.

I don’t have answers for any of these things yet. I have some ideas.  but considering that I’ve been putting off this post for over a year, I think it’s at least worthwhile that I”ve taken the time to critically look at what is stopping me from dating and being the beautifully actively poly woman that I’ve always wanted to be.  It comes down to fear, shame, guilt and a desire not to be a disappointment to others I encounter.

I’m open to suggestions if you have them.  But I’ll also continue writing about this journey and see where the path leads me.

Day 2: #RadiantResilienceHoliday
Today’s theme for #RadiantResilienceHoliday is “Giving Thanks” 🙏🏼
Head to my blog for the latest Messages of Divine Love post. Because I wasn’t feeling well yesterday, the O- F post will be delayed until later today.
What is better for the holidays than a little #RadiantResilience photo challenge. No prizes (this time), just a collection of loving, fun and thoughtful people sharing their light through photos & video to keep spirits bright💖
Last month I participated in a #40over40 photoshoot with @trang.tran.photography. It was such a lovely experience 😍💖 This photo is one of my favorites because it directly connects to my #Chicana and #pueblocolorado roots. A way to honor our little family in the midst of all the heartache and loss we’ve felt over this year.
A little love for your Friday. This is at the core of my belief system and how I choose to live each day. And let me tell you, it works. Because when we recognize the sacred in others, they start to remember the sacred within themselves. It is the gift that keeps kn giving. Let’s make sure we do this during #holidayseason especially 💛