I’m one of the newly named Xennial generation (1977 – 1983). I have been interacting with people online since adolescence. I grew up using chatrooms (Q-Link for the Commodore 128 and AOL with PC) with progressively increased private chats happening as the years went on. Back then we couldn’t (easily) send photos or use a cell phone to text, we arranged times to talk, often turning to phone sex after online chatting became more hot and personal.  I was on this cusp generation that pioneered these emerging technologies, often at the mercy of the parents that allowed us access to them.

I’ve been doing this a long time–since 13 or 14 years old when we got our first equivalent of a modem. I had online access very early in my life that by the time everyone else was getting AOL, I was moving on to the next thing. And for as long as I’ve had access, I’ve had access to online flirting.  So many sexual conversations, flirting online and over the phone. The currency of these exchanges relied on imagination. The more vivid descriptions, the more easily the sexual tension could build. I never kept track of how many of these conversations I had participated in over the years. How many men and the handful of women did I do this with? I’ll probably never know. But it was second nature to me. Witty, sexy, sultry banter was my thing.

I talk often about the accumulation of shame in my life and how inhibiting it can be. How intimidating it makes what was once second nature to me. I had stopped dating in 2009 for a variety of reasons: a new local relationship (Warrior) that took up much of my attention, a break-up with my Dallas poly husband where I felt like a failure at polyamory, residuals of being outed a few years before and a metamour whose insistence on one-way fluid bonding sent a clear judgment – that I’m somehow dirty.  I was just so ashamed that I just cut off all possibilities, no matter how promising they were. No matter how much I wanted to progress with flirting and communication, it had been used against me so often that I always managed to sour the potential before it could ever take root.

So I let my flirting skills lapse. It really is a skill and one that isn’t as timeless as people might have you believe. It changes with the times. Chatrooms don’t exist much anymore, although you can make a group on Snapchat or Kik. AOL and Yahoo Messenger are a thing of the past, replaced by name only by Facebook Messenger and Twitter DMs.  Not only can we send photos and videos without it taking forever to download, we can now have live conversations and interactions, upstreaming our daily lives to Instagram, Periscope, and Facebook.

I always say this — I should never, ever play from a sense of desperation. It always ends badly. I always end up giving up my heart in exchange for scraps and shame. 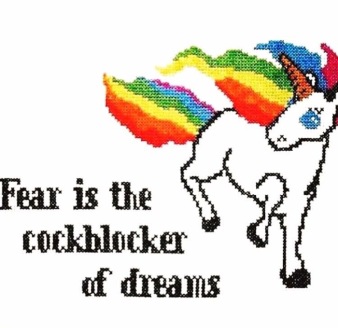 In particular, I had been talking with a couple of guys, mostly on Twitter, some on Whispr (and I talk about the men here because the interactions I’ve had with women have been absolutely delightful and enriching). And it all seemed to be going well. They were mostly respectful, mostly cognizant of consent, mostly complimentary of more than my boobs – high standards, I know.

The pattern was the same: Intelligent, witty conversation with a guy I’m convinced is too hot for me, followed by more intense flirtation and exchange of photos, inevitable compliment on my looks, a sly comment about my boobs, more intelligent conversation, more progressive fantasies. With each of these men I was gripped with an overwhelming sense of connection. One was so dominant with a teasing submissive streak that I had seriously considered flying out to see him without knowing anything about him.

This was very unlike me. I was having a hard time distinguishing fantasy from reality. For example, one of them had a huge pregnancy fetish. And I just happen to still lactate from time to time, so I lend myself well to indulging this fantasy. But when he kept talking over and over about knocking me up–more and more detailed and seriously each time, I panicked. My reality/trauma brain took over — I don’t want more kids. I just got a new job. Removing and replacing my IUD is already expensive enough. No. No. No. RED! Another wanted me to say I was done with small dicks.  Nooo!  I am an equal opportunity cock lover. Those were the moments in a conversation where I hesitate — they didn’t just say what I think they just said, right? Sexy brain officially shuts off and my analytical brain takes over.

Don’t Mess with a Smart Girl

This is part of the problem with growing up as the ugly smart girl. I was very good at making up for my lack of the dazzling array of physical qualities most men are trained to want. I developed a talent for using my brain to be sexy. I’m good at reading people, at discerning the realities that drive them. I know how to anticipate needs, but also how to notice fractures in the soul’s blueprint. The times when I’m at my best, I am doing both–using the information I gather from my observations of a person’s nature, the cadence of conversation, and nonverbal cues to anticipate a deeper need and transform myself into a means of mutually satisfying interaction.

The woman I want to be – The Dark Goddess, the Sensual Queen of Light and Dark – deserved to be respected, deserved to be heard, deserved also to have her own fun without fear of being caged by someone’s dislike of my limits.  My body is my own, my desires are my own and I am not some sex doll who exists for someone’s fantasy fulfillment.  So, instead of allowing them to steal my power, indulging more witless demands for my performance, I set my boundaries and turned the mirror.

But not only was I seeing the patterns in my own responses, I was seeing the patterns in theirs too. One guy who repeatedly sends me the same three pictures of his dick, somehow convinced that I won’t remember that I’ve seen these all before. Another whose use of American colloquialisms was just a little too good for someone who claimed English as their second language. Others who were going hot and heavy and just disappeared with no adequate excuse for their absence. These small cracks filling in spaces that they thought they had intentionally left blank.

I drew my own conclusions and started setting boundaries for all of them. Detached, but not cold, I welcomed them back but was honest about how I felt. I deserved better than the treatment I got from them. I deserved more than the scant consideration they were showing. They didn’t owe me a commitment, they owed me respect. If they complained I cut them off, kindly but firmly. If they pushed, I said no. If they demanded, I blocked. If they understood their mistakes and owned up to them, I gave another chance. 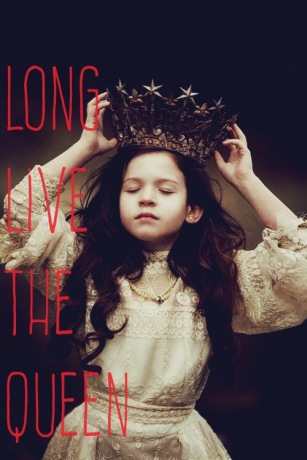 I had spent close to 9 years not flirting with men on a regular basis, not having sex with more than Warrior & prior “safe” partners. I spent close to 9 years wrapped up in a cocoon of shame. When I emerged, everything in my life pointed to the fact that I needed to embrace the archetype of the queen for these next steps in my life. But I felt like a little girl, back in puberty – unsure of herself, a different body, a different purpose.  I felt like I was 13 again, rediscovering my power and prowess; a little girl trying to run big girl stilettos.

As I move from being a fledgling princess into the goddess queen I now more regularly embrace, I know that all of those missteps, the liars, and the whiners, the broken promises, and panics of abandonment allowed me the opportunity to finally set my boundaries. After all, how can I be deserving of my dreams and aspirations if I don’t likewise find myself worthy of having my boundaries honored?

Thinking today about how we need moments of purity and bliss to get through the day. Like watching the steam rise from my coffee cup ☕️ while my cat monitors the squirrels outside. It isn’t spectacular or cool, just pure life happening around me. When we take a moment to just BE in the moment we restore some missing bliss to our lives.
Okay, I am so proud that I set today aside to do some self-care to start my birthday month ☺️💯 How else can I welcome all those wonderful birthday/Christmas dual gifts 🎁 🎅🏼😄
New blog post is up on Sharpsweetbella.com. A peek into my own Chicana narrative and history.
🔮𝑴𝒆𝒔𝒔𝒂𝒈𝒆𝒔 𝒐𝒇 𝑫𝒊𝒗𝒊𝒏𝒆 𝑳𝒐𝒗𝒆 💖
It’s Sagittarius season ♐️🔥 after the month I’ve had I am ready to lighten up while I deepen my experiences. Only 19 days until my 45th birthday! 😍😘
A message of Divine Love just for you to end your week 🙏🏼💖